This Mosque was Build by A Leader who builds this Mosque for Muslims. Moreover, many Memories was connect with the Mosque. Pakistan Foreign Ministry also said that Babri Mosque Decision exposed Indian so-called secularism.

Basically This Mosque was the ownership of Muslims but India is a Hated and Extremist Country so that’s why Muslims are not safe in India. Moreover, India is known as the biggest Democratic Country. The truth is that India is Worlds wors Country and India is just a Name of Democracy. Moreover, According to the United Nations India is an Extremist Country and minorities are not safe in India.  On the Other side according to a Survey India is the Most Dangerous Country for Women.  American Department of State gives instructions to American Citizens that if it’s Possible for them so do not Visit India. This Country is not Safe for Womens. 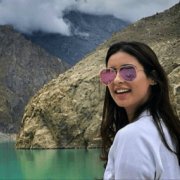 Mahira is a Sports Lover and Writing on Latest Sports News. She Started his Career as A Sports Journalist From Pakistan News Paper. She chooses sports as Complete career a She Spent a Long Time With Pakistan Women Cricket Team.