Further Kartarpur is the Place where the Founder of Sikh Religion spent his last days of Life. In the last days of his life, he spent memorable years in Kartarpur. So that’s why Kartarpur is a very respectable place for Sikhs. Basically Kartarpur is located near Narowal District. Before the Prime Minister Imran Khan announces this Opening of Kartarpur corridor the Indian Sikhs travelled to Lahore and after Travelling to Lahore they went Kartarpur. Moreover, Indian Sikhs are safe from travelling a long distance, now they can Travel Direct to Kartarpur from India Without Visa.

Basically this Project was Fixed in 1999. When Indian Prime Minister Vajpayee Visit Lahore and the Project was finalise. Moreover, the delay of this project was because of strict Relations between both nuclear Powers. Finally, this project is Complete in the record time of 11 Months. Further, this Project is a Message for peace to India.

Yesterday 9th November 2019 was a memorable day for Sikhs because Pakistan announces the opening of Kartarpur corridor on the 550th Birthday of Baba Gurunanak. Pakistan gives this Gift to Millions of Sikhs around the World. Further Sikh from all the world can visit Pakistan for Kartarpur Corridor. 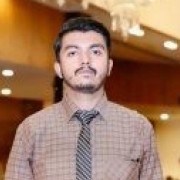 Hotel Owners are facing Problems of Politicion Tension in China

How is Positive Thinking Key To Living